Shearwater Trophy 23rd May,
​ held at Norwich MYC
This year saw the 6M Shearwater Trophy venue move from the Broads Radio Yacht Club to Norwich Model Yacht Club, due to the latter also being the venue of the 6M Nationals later in the year, giving sailors a chance to test the venue.
With all of the sailors following club COVID rules it was time to do battle and with 13 sailors taking part it was going to be a good test! 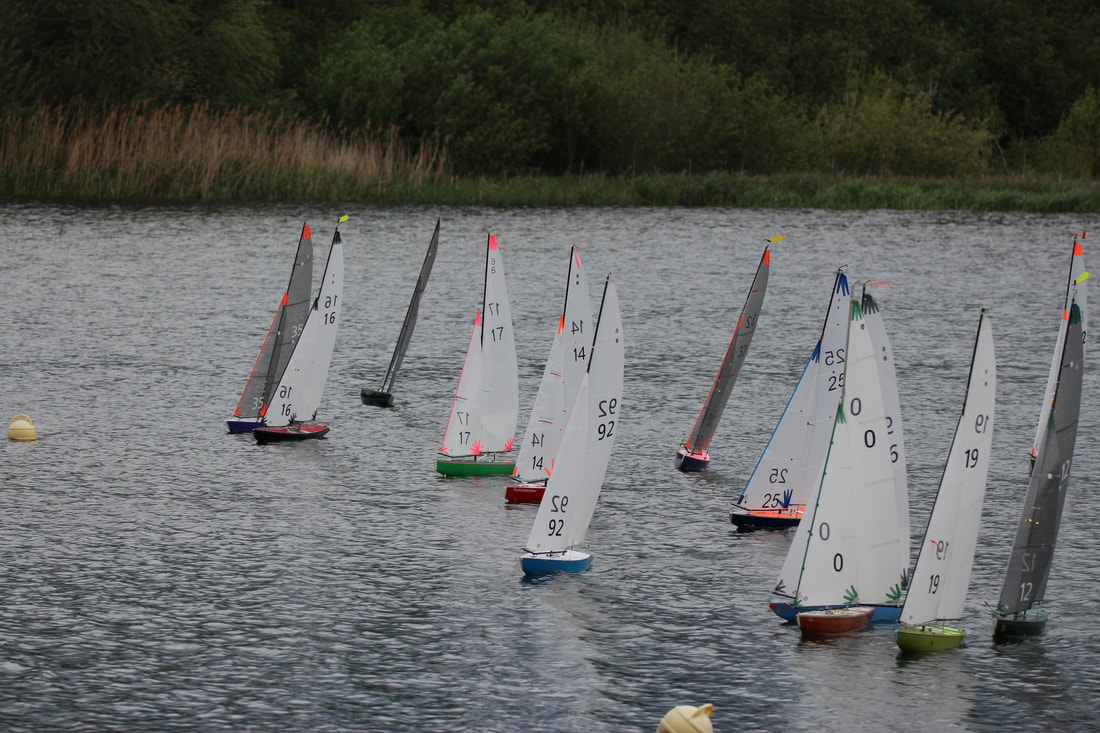 The sun shone for most of the day ( except for a spot of rain in the afternoon) and the predominant wind direction for the day started in the SW moving a little further south (although the sailors would probably say they saw the wind come from all directions, which would be difficult to argue with).

It was agreed before the event to allow both measured and unmeasured boats to sail to get as many people racing as possible, but only allow measured boats to be able to compete for the Shearwater Trophy, thereby adding 5 boats to the start line, which can be no bad thing. 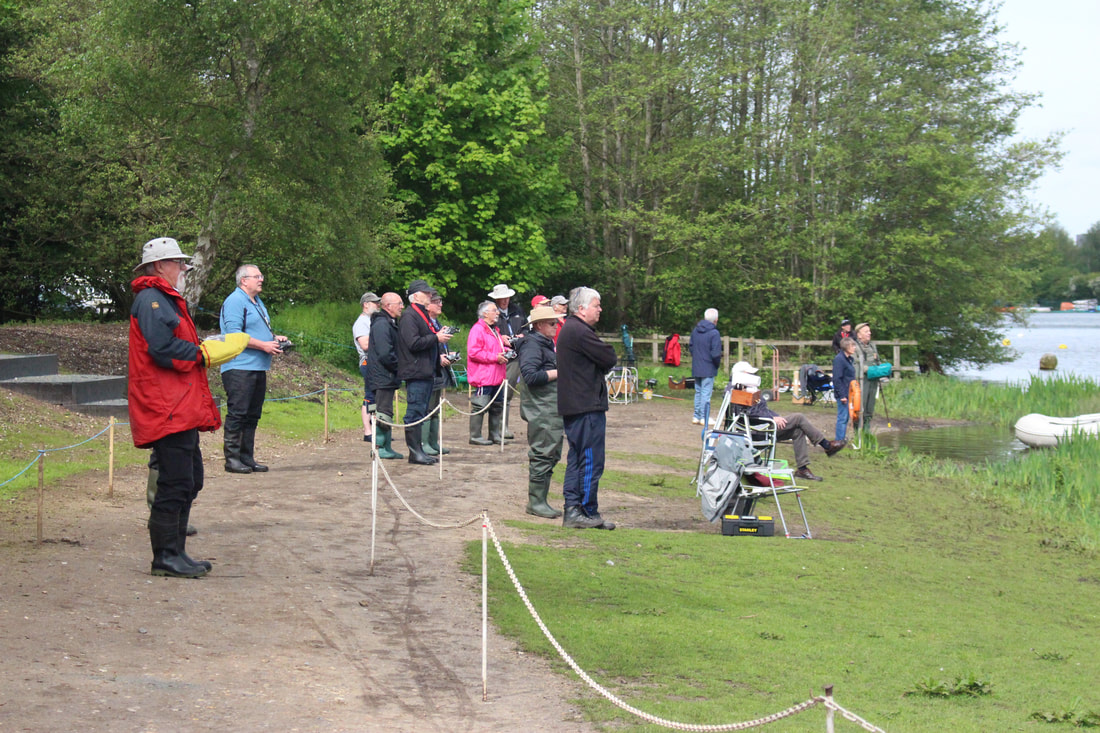 Known designs being sailed during the day included the Ravenna, Renaissance, Cerberus, Tias, Rococo and Romanza.

The course was set with a windward/leeward course set with a spreader mark at the top of the course and a gate at the bottom consisting of 2 laps.

18 races were completed with tight racing throughout the day. 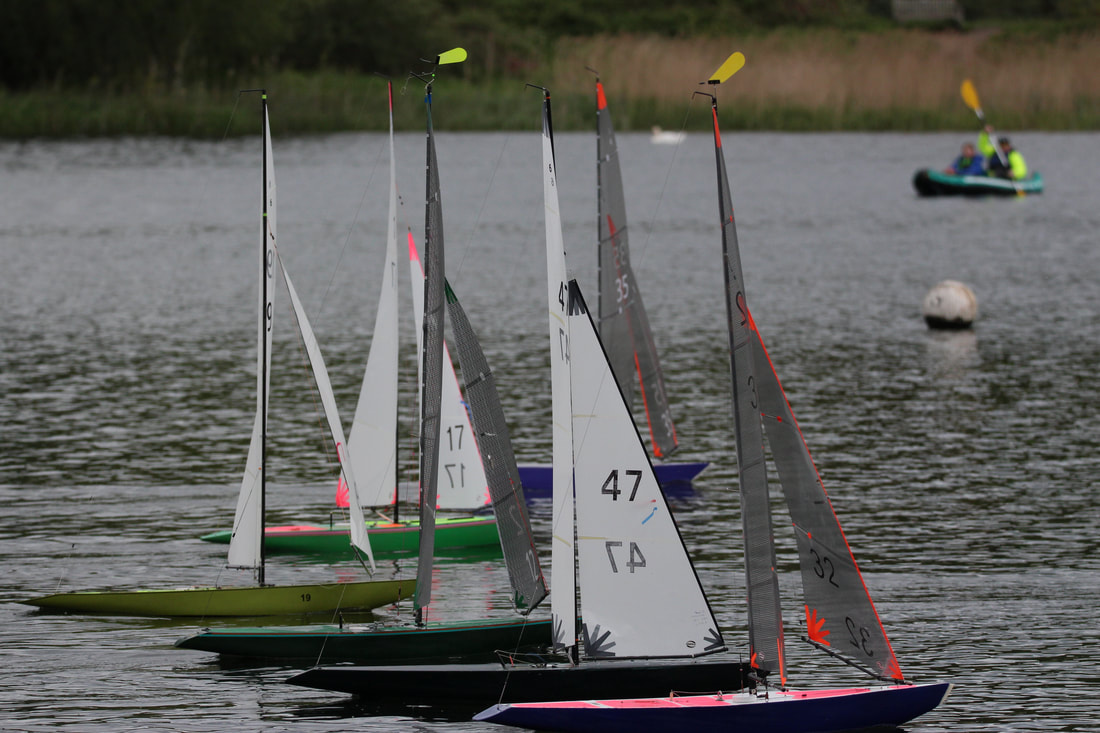 We had a number of race winners - Shaun Holbeche, Mike Ewart, Peter Shepherd, John Hanton and Vinnie Zammit. As the day progressed the points were closer until the lunch break, taken after 9 races.  Into the afternoon session  Shaun started to pull away from the pack. 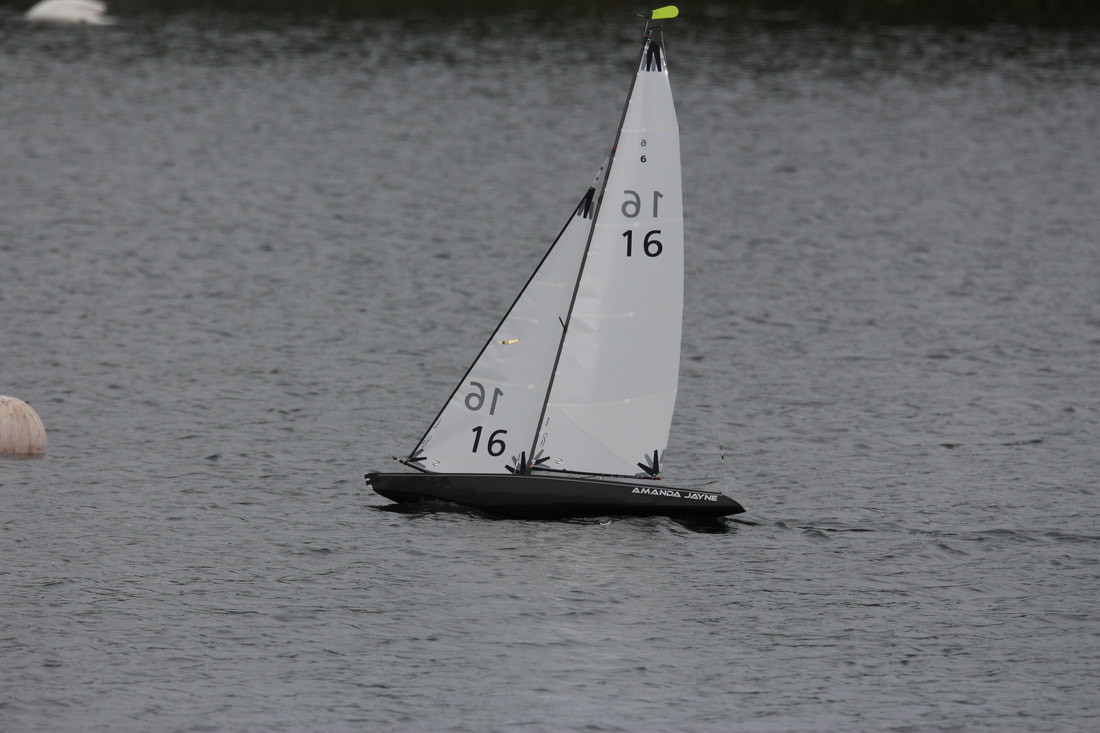 Our thanks to Andrew Francis for all the pictures.
​
Further thanks go to the race team led by race officer Duncan Ellis who had an impossible task of setting a course but managed to find us a windward and downwind phase on each leg of the course, even to the wing mark ! 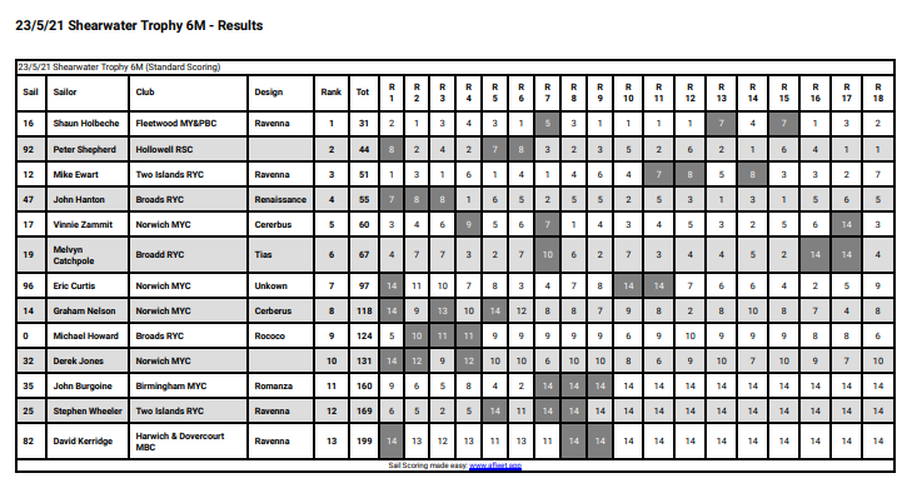 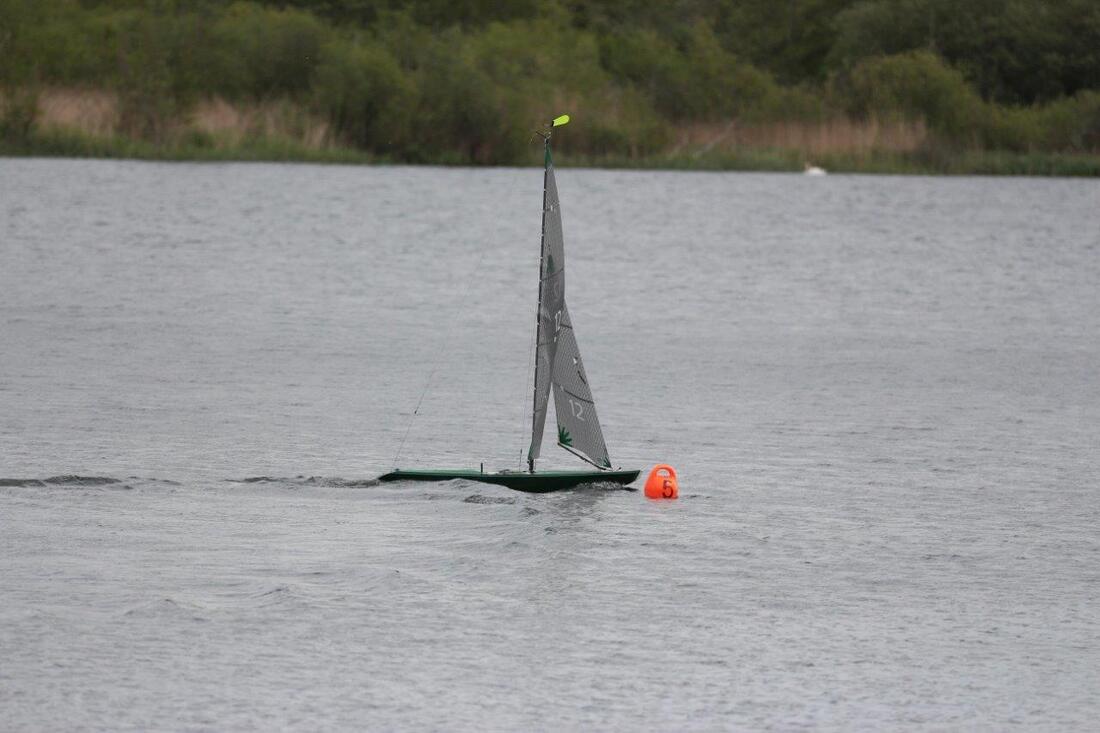