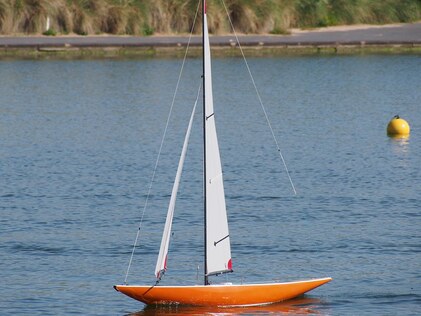 Nine competitors with a variety of Six Metre designs came to Fleetwood for the second six metre open meeting at the club and were greeted with a literal warm welcome, sunny skies and a modest breeze from the ESE direction.

Furthest travelled were Mike Ewart from 2 Islands club and Stan Cockeram from the Solent club, while Fleetwood country member John Taylor had come from home in Portsmouth to sail.

John Plant gave Fleetwood’s ‘new’ club Six Metre a first competitive trial. She is ’Psyche’, a glass fibre copy of the venerable original boat and design of that name which was unfortunately destroyed, the copy now restored by club member Eric Austwick and sporting the Fleetwood club colours paint scheme.
John Taylor brought his not quite completed but brand new ‘Drisky’ for its maiden outing and with the help of Damian Ackroyd, who brought the keel-weight along, got it completed to sail there and then before the briefing.  A zig zag course was set out towards the clubhouse end to provide upwind and off-wind legs with a long broad run back to the far end of the lake, comprising of two laps with a short beat to the finish line.
​
The wind direction meant that it was a light wind that carried many flaws, holes and some puffs which presented a challenge to all the skippers. On two occasions John Taylor managed to create a lead approaching the final leeward mark, only to be caught and passed by others coming up on the breeze from behind while Drisky sat and waited for it. 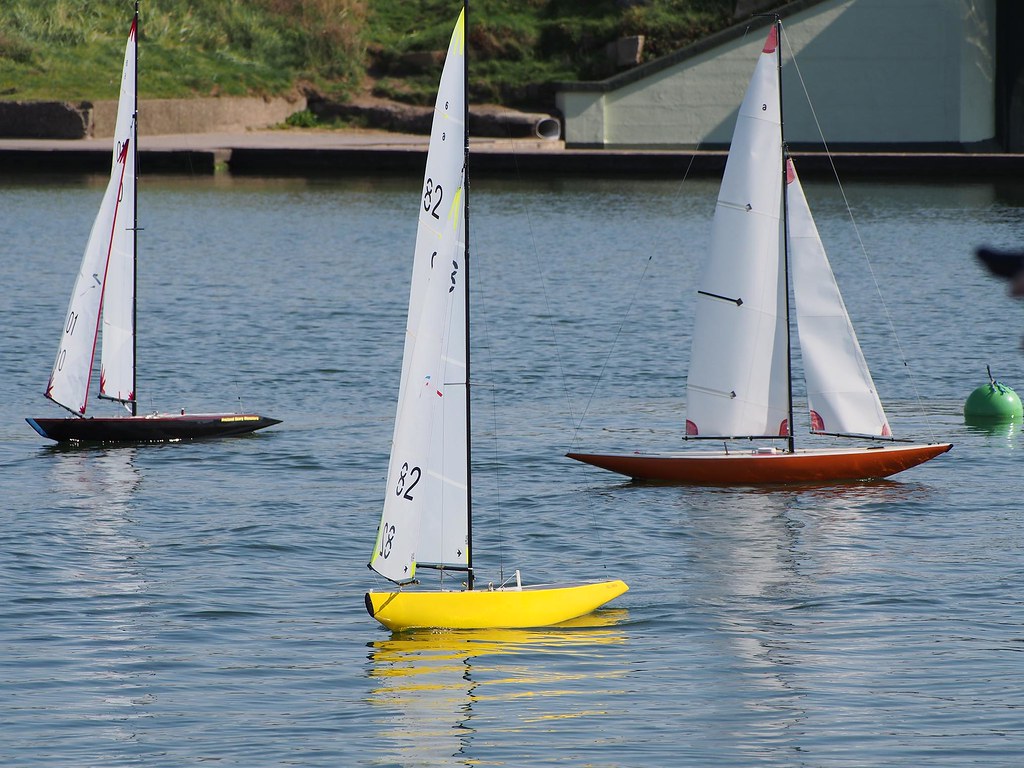 Mike P suffered some sheet snagging issues once the wind came up and decided to retire and contemplate some modifications. Sue and Adrian kept going until near the end when Sue got some water into the receiver pot and lost control. The same fate stopped Shaun starting the last race too.
​
Mike Ewart finished the racing as he started it, with a win, by which time 4pm had come and gone and a halt was called with ten long races having been completed. 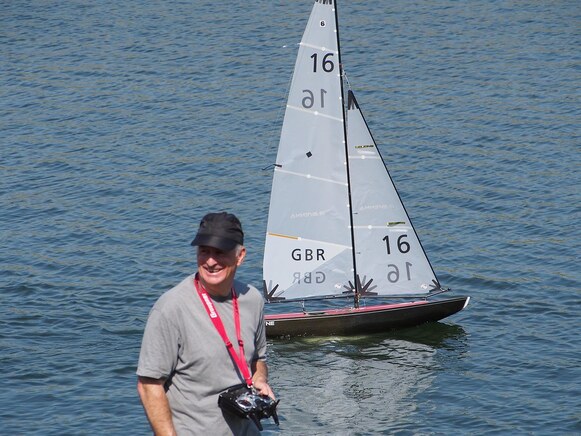 ​Thanks must go once again to Peter Isles for mark setting and general assistance and to Bob Jolly for starting, finishing and scoring. They took bottles home , along with 1st Shaun Holbeche, 2nd John Taylor and 3rd Mike Ewart.

Many thanks also to Damian Ackroyd for photographer duties. See his flickr site for more pictures and movies: 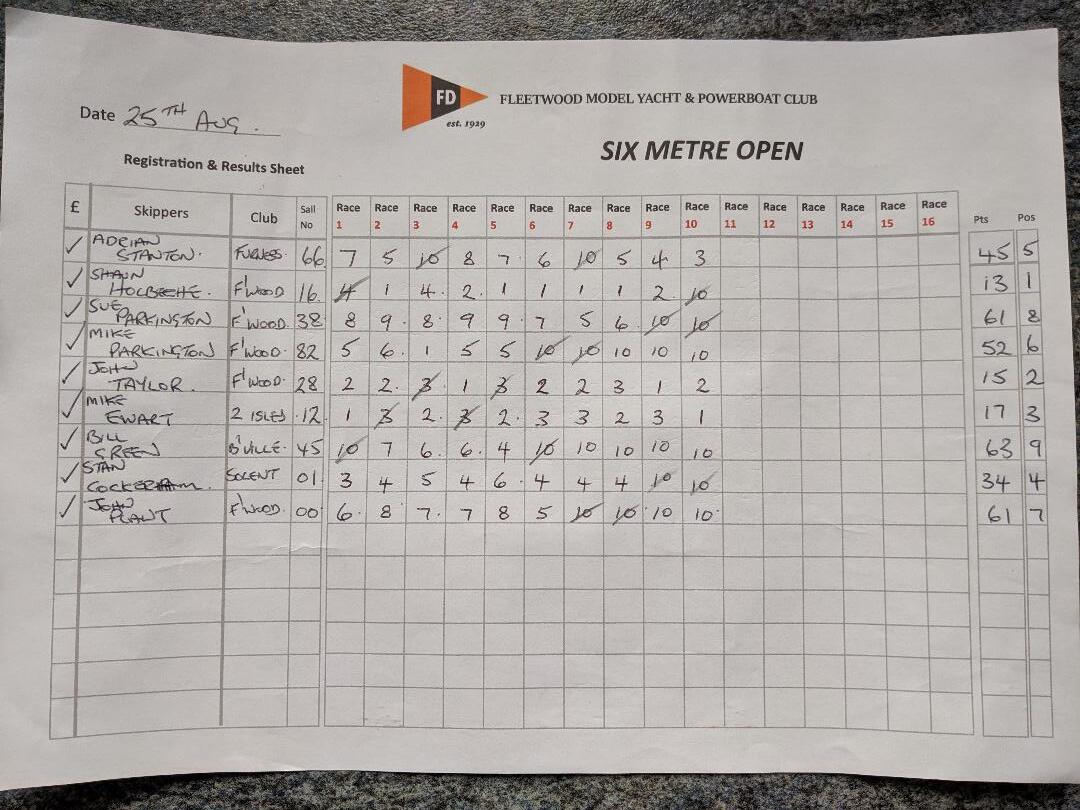