MD6MCS Round 1
​19th June 2021
Fourteen skippers came to the start line for this event as part of the short-end calendar.  This year was a multi- purpose event serving as a Six Metre Open, a round of the Midland District Six Metre Champion Skipper series and a round of the Two Islands Shillington Cup Series, so thankfully we had the services of Richard Dolman manipulating the computer to sort out the scores. The weather was a bit overcast with drizzle threatening all day but never really happening and the wind was nominally from the NE but was moving around a fair bit during the day and was up and down quite repetitively. 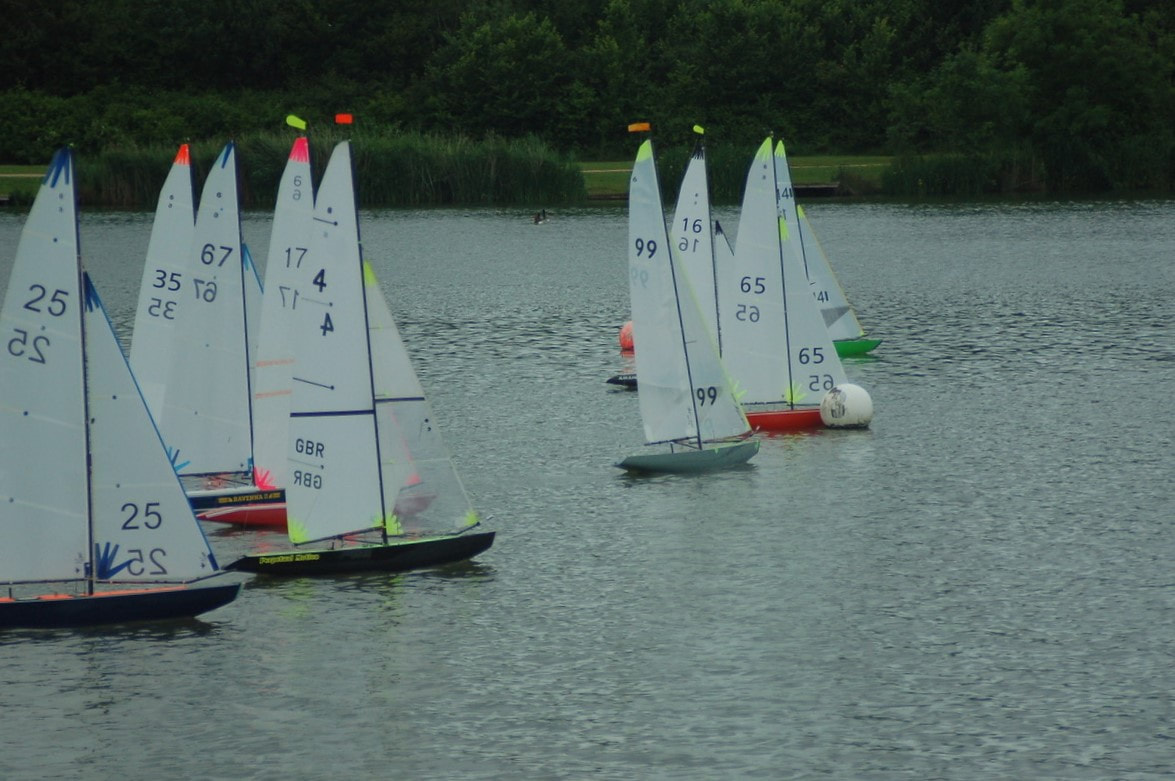 As to the sailing there was a good selection of race winners but overall Shaun Holbeche was the master of conditions. We raced as one fleet which was a sight to see.  Needless to say there were a few comments on the vagaries of the Two Islands wind or lack of it but overall the racing was close particularly at the front of the fleet. There were large gains and losses for all when they sailed into a dead patch or caught a gust and came flying down the lake overtaking everybody. 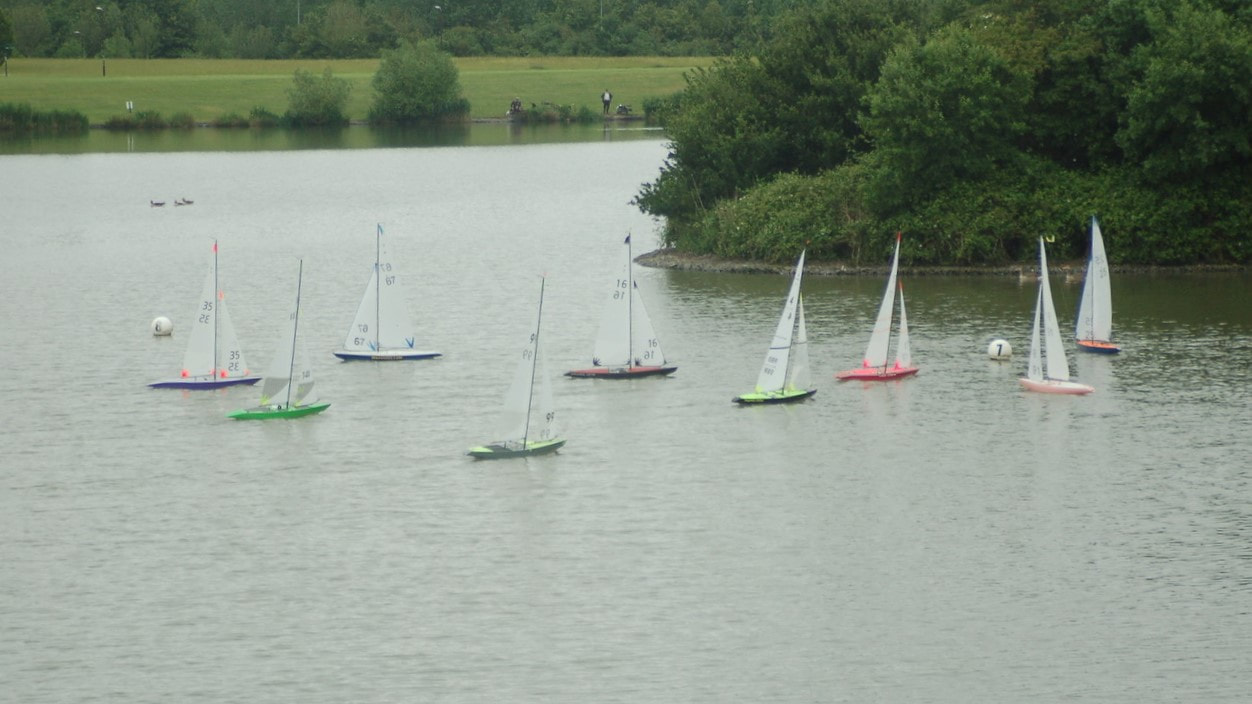 We also had unmeasured yachts taking part due to the difficulty of getting sixes measured at present (covid) so those who have been busy building boats during the various lockdowns etc could get them out on the water.

Overall Shaun Holbeche had a good win followed by Vinnie Zammit with Derek Priestley and John Sharman following on. I think all the skippers had a good day out it was great to see so many boats on the water and that was with 2 withdrawals due to personal problems and 2 suffering from back problems during the day.
Mike Ewart, Race Officer
Pics from Mike Ewart and Bill Green