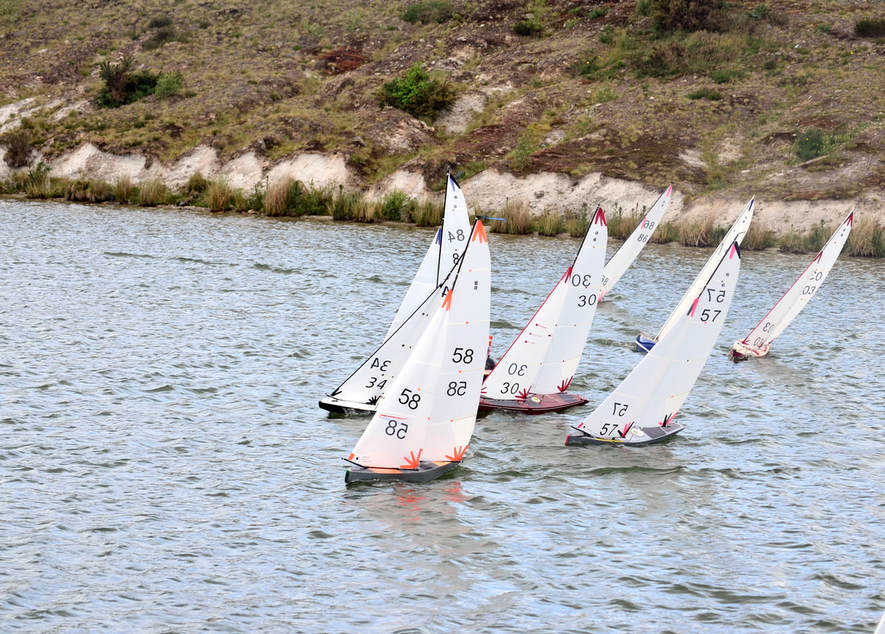 On Saturday the 2nd of June Dartmoor Model Boat Club hosted the inaugural SW District
Championship(reclassified) event for the 6 Metre Class.
Ten boats assembled for the event on what was a somewhat uncharacteristic day at Shaugh
lake as the sun shone, there was no rain and Number 1 rigs were used throughout the day.
Racing got underway on time in a light veering Southerly wind over an Olympic type course.
The Dolphin designed 981 was the first casualty of the day missing the first race start as the
rudder system failed causing the rudder to shift 180 degrees. It could have been quick going
backwards but was deemed to be a definite non- starter going forwards!

Early races (1-4) showed that racing was going to be keenly contested between the two
Ravenna’s of Mike Ewart (12) and Keith Simmons (30) with Dave Kent (84) and his Revival in
the mix as well. A course change was carried out by the ARO during the first break and this
was to set a theme of multiple buoy changing prior to the lunch break. At lunch the
scoreboard indicated it was Mike who held the lead over Keith but there really wasn’t much
in it. However, Mike with more experience was out to win this year and capitalised on
Keith’s lack of 6M experience especially on mark rounding, this was hardly surprising as
Keith normally races DF65’s. Morley Varker with the Drisky (57) put in several top 3 places
but was to drop out later in the day.

​Lunch break saw a major wind shift on the lake requiring a complete reset of both course,
start line and control zone to accommodate it. Just as this was being completed the wind
gods struck and it veered back to almost where it had been previously. In its new heading
the wind started to stabilise and increased in strength allowing for the last 8 races to be run
without further change to the course. The rise in wind strength changed the pattern at the
front end of the fleet with Keith now finding form to take the wins in races 9-to-15. Further
down the field the racing was equally competitive as many were Dolphin designs and so
were evenly matched. Several boats did not complete the 16 races offered due to very
unexpected winch failures which dropped Dave Kent and Morley Varker (DRSKY 57) out of
the running for podium places

Congratulations to Keith Simmons (30) DMBC who took the Championship trophy, with
Mike Ewart (12) from APMYC in second and John Endicott (86) DMBC in third and the first
Dolphin designed boat. Keith thanked Mike for travelling to Dartmoor and also the race
team for their efforts on the day. A special thank you was made to other DMBC members
who could not attend but loaned their boats for the Event. The day was brought to a close
with a Devon cream tea for all who attended. It didn’t seem to matter that the cream was
on top of the jam, because there were no scones left over!!

A very good competitive racing day enjoyed by competitors and race officials alike. The lake
sited on the fringe of Dartmoor NP was at its picture best with the 6’s on it, even the Red
Arrows decided to do a fly by! 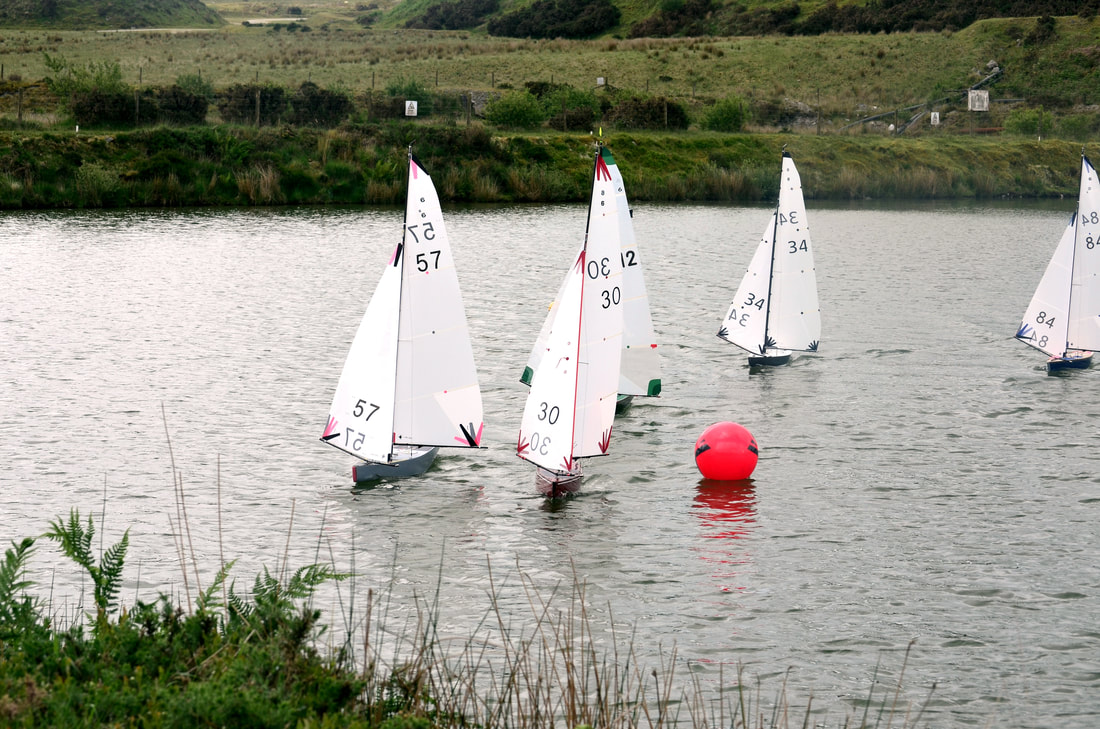