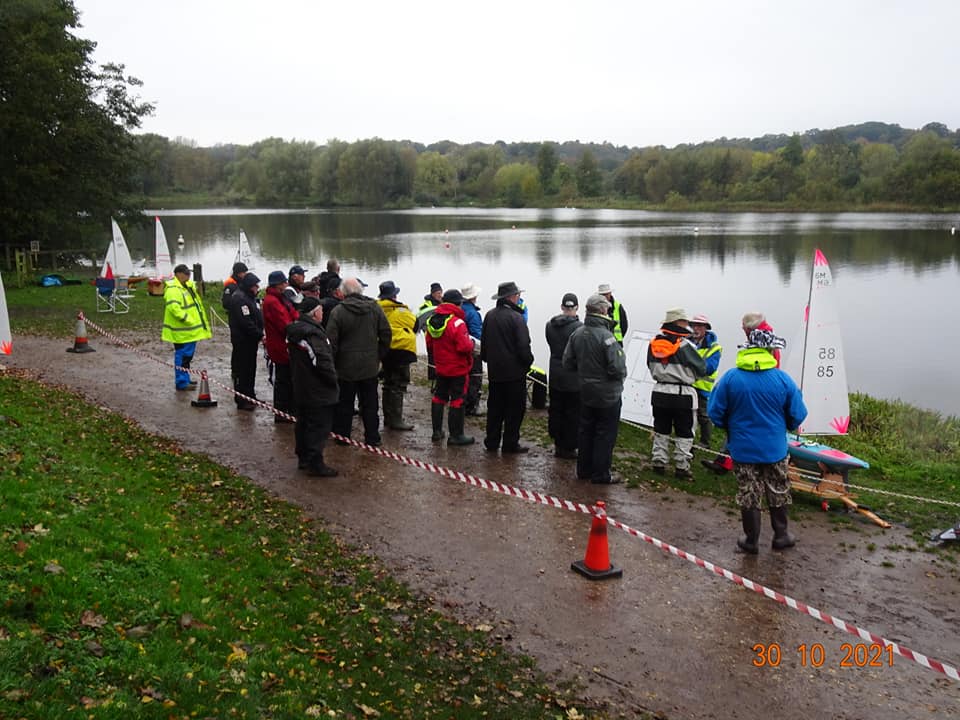 The 2021 6M National Championships took place at Norwich Model Yacht Club over the last weekend of October.
With 18 sailors on the entry list and Vinnie Zammit and his team in charge of everything but the weather it was time to go sailing!
Sailors started to arrive Friday afternoon to check out the water and get boats through the measurement process ready for the weekends racing.


The forecast for both days was for the wind to blow from the south starting with a bit of east in the direction and as each day progressed to move around to the west which it did. The sun was also forecast with some heavy showers thrown in which also proved to be spot on! 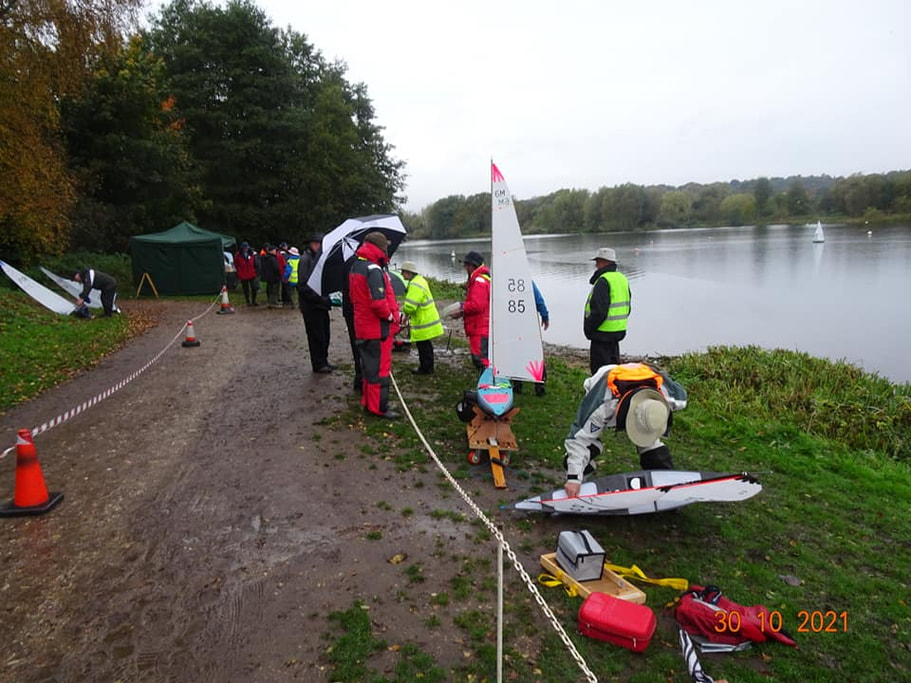 The temporary race office was setup with cake (Thanks Val Zammit), biscuits and tea/coffee to keep everybody going over the weekend.
With 18 boats it was decided the Heat Management system would be used so the event kicked off with 2 seeding races. Graham Bantock from Chelmsford and Derek Priestley from Fleetwood took control of these and set the pace for much of the first day. John Burgoine from Birmingham also took a couple of race wins on day 1 to keep in contention.
Once racing was completed on day one it was time for a trip to the pub for a buffet and to discuss the days racing over a beer. Vinnie reminded everybody the clocks change so racing in the morning will no longer be in British Summer Time. 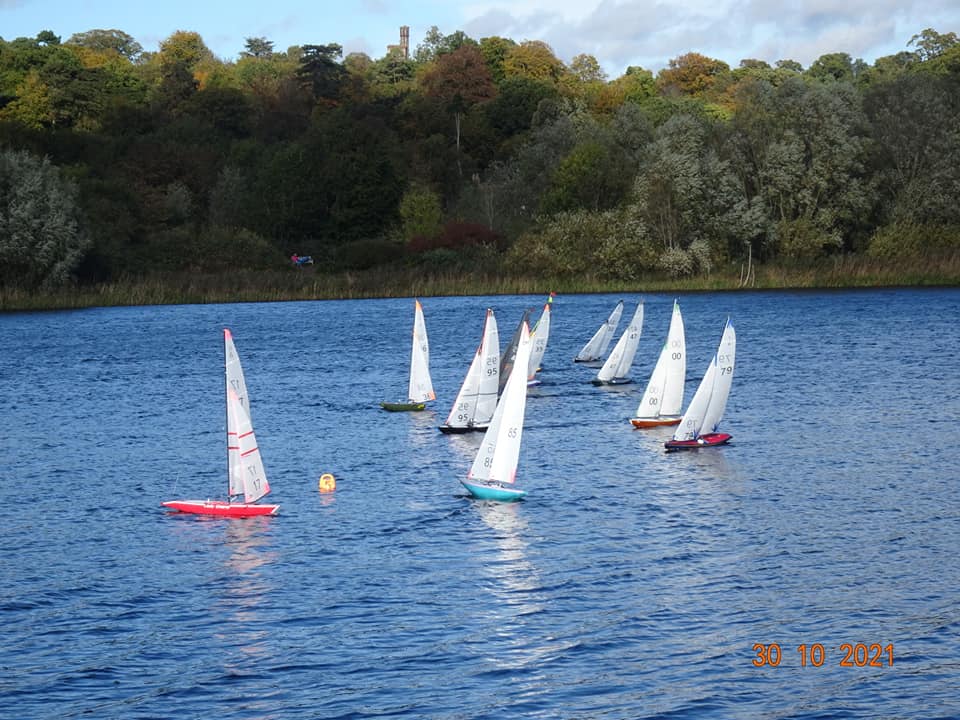 On Day 2 the rain and gusty wind started to see some casualties on the race course with the fleet reducing as the day went on. The Race Officer must have been quite hungry as he tried to stop the racing an hour early for lunch before realising he had not set his watch back!
Graham Bantock took control of day 2 winning 6 of the 11 races with John Burgoine, Graeme Harris, John Sharman, John Hanton and Bernie Guest winning the others. 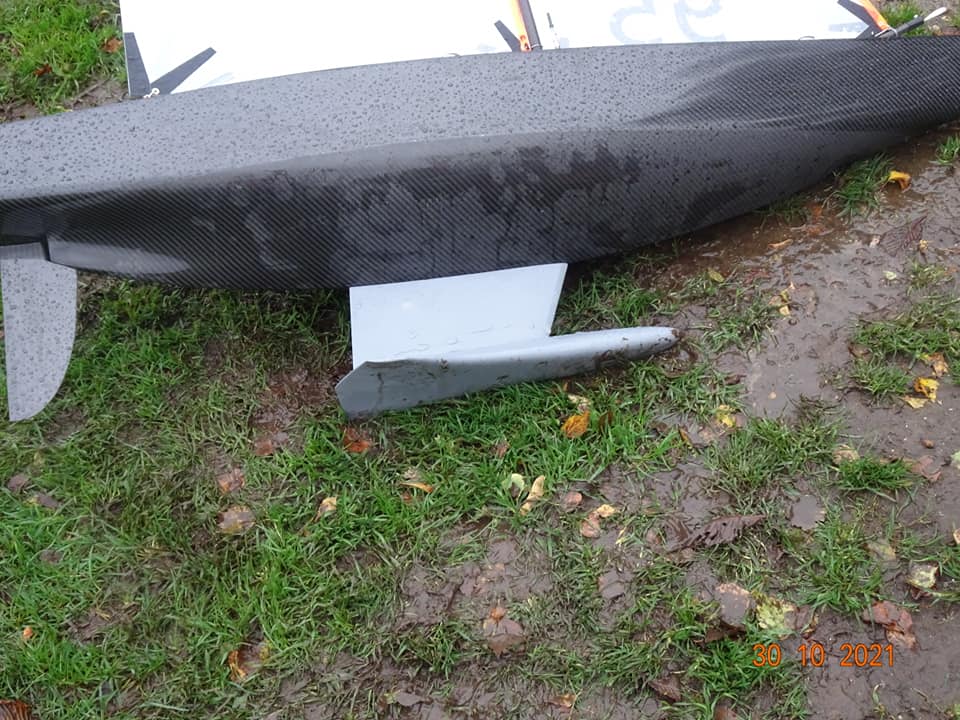 So after 19 races, Graham Bantock took the championship with John Burgoine in 2nd and Graeme Harris 3rd.
The First Classic boat prize went to local sailor Ian Self with his Dolphin Design. 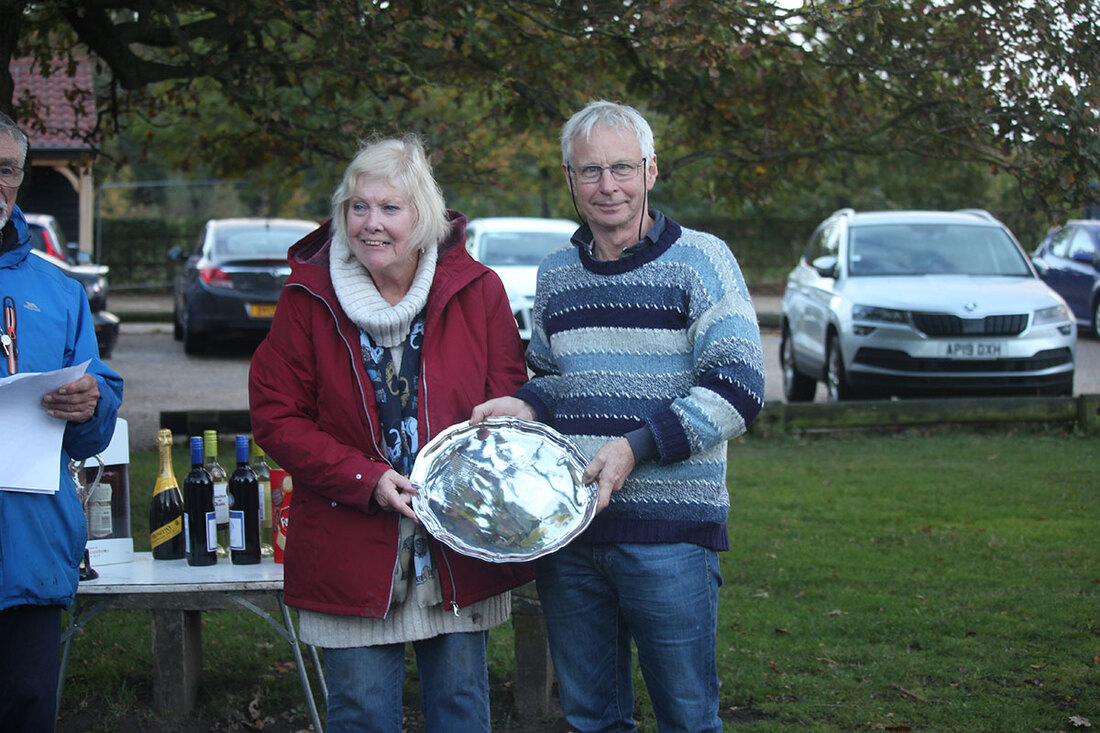 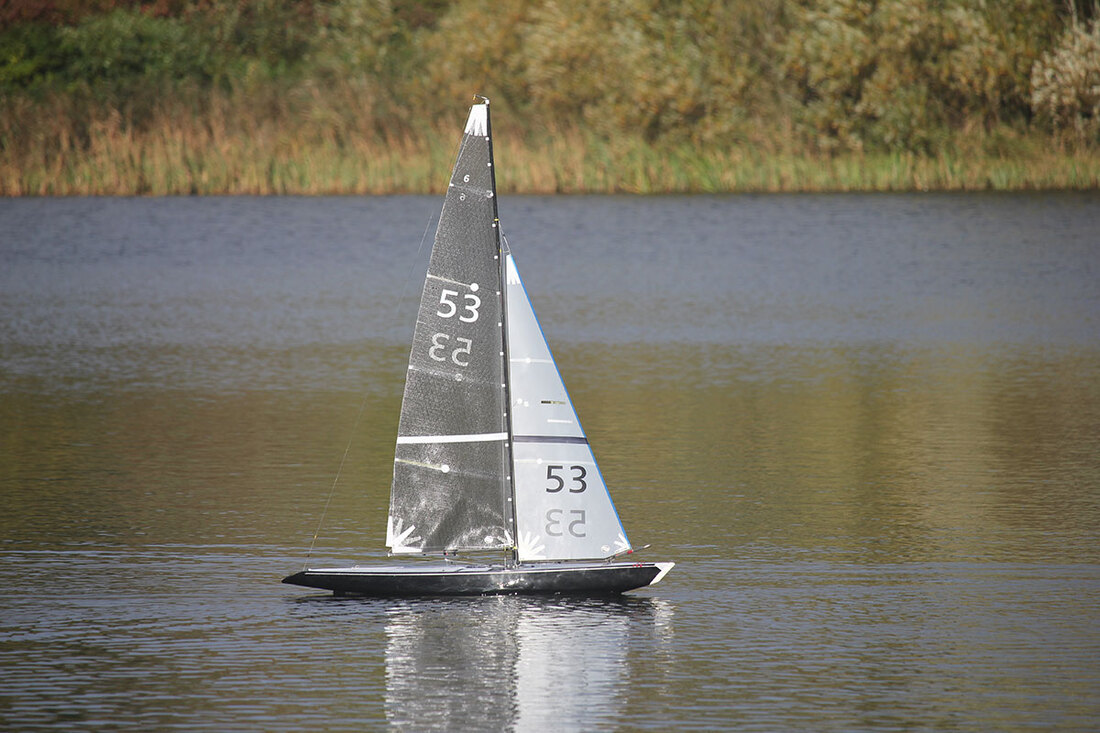