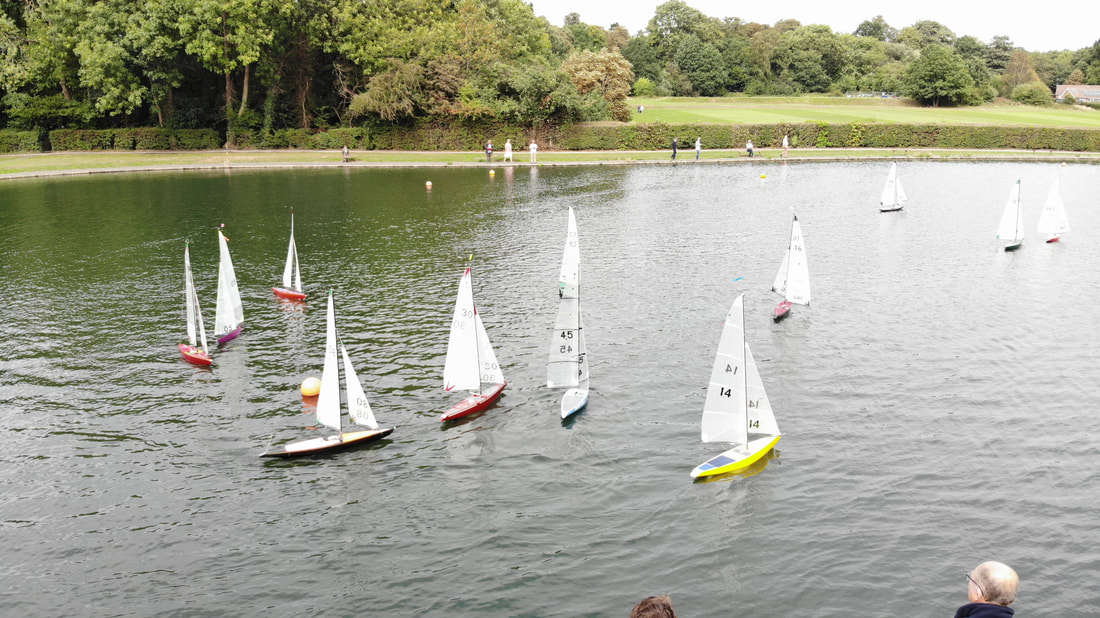 ​A very decent entry of 15 boats found itself reduced to 13 after a couple of players had to withdraw at the last minute. That solved a minor problem for us as, a fleet of that size could well have been separated into 2 heats but one big fleet it was.

The wind direction and strength caused Vic Bellerson our Race Officer some headaches, but he survived. The winds were light and in a southerly direction, that is, across the lake from the club house side, exactly where you don't want it to be for an event of this stature. Vic did a cracking job, all weekend, of balancing the need to keep the event going whilst making it equitable for all. Yes, it was frustrating, yes it was hard to keep the concentration going and yes it was the same for all. Unusually the weather didn't change much from Saturday to Sunday, it was a lovely sunny weekend but very difficult sailing conditions.

OK who did what to whom? in competitive terms the home-based skippers had a bit of a bashing which was surprising; you'd have thought home knowledge would have shone through but with the exception of Dave Alston it didn’t.

However, Mark Dicks sailing his ( formerly Mick Shillington's ) Rococo showed the whole fleet the way round and won, Shaun Holbeche kept up but just could not string it together to come into the second podium spot. John Burgoine came in third with Dave Alston in fourth.
​
A copy of the results has been posted so you can see 26 heats were sailed, which given the conditions was very good going. It was generally a good natured event with no major problems and the whole fleet were appreciative of Bournville’s efforts on their behalf . The support crew of Phil Griffin on PC, Robin Webb on the line, Phil Everard observing, Pete Moore on starting and Andrew Hines on teapot did a grand job keeping things going, thanks fellas!

Bournville and the Six Metre fleet from a new angle. Quadcopter pictures courtesy of Sam Dicks 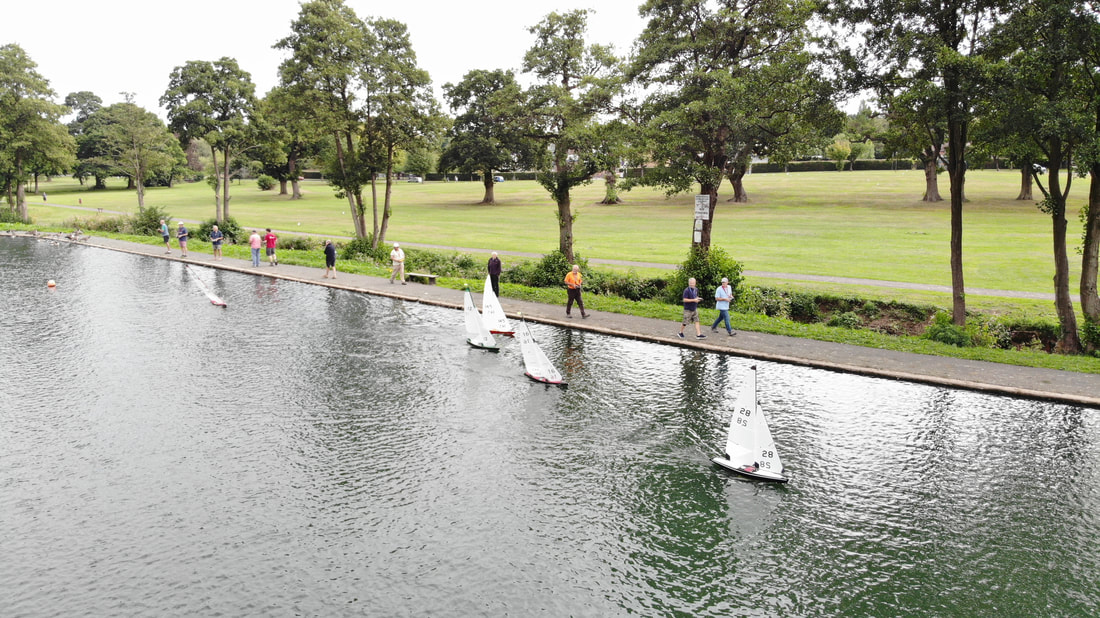 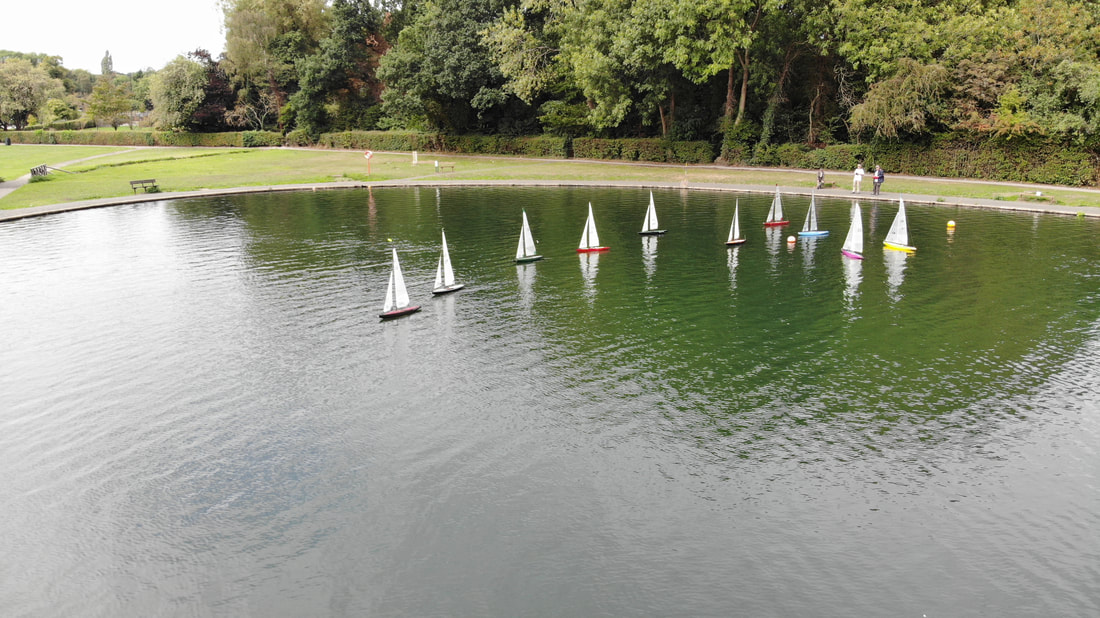 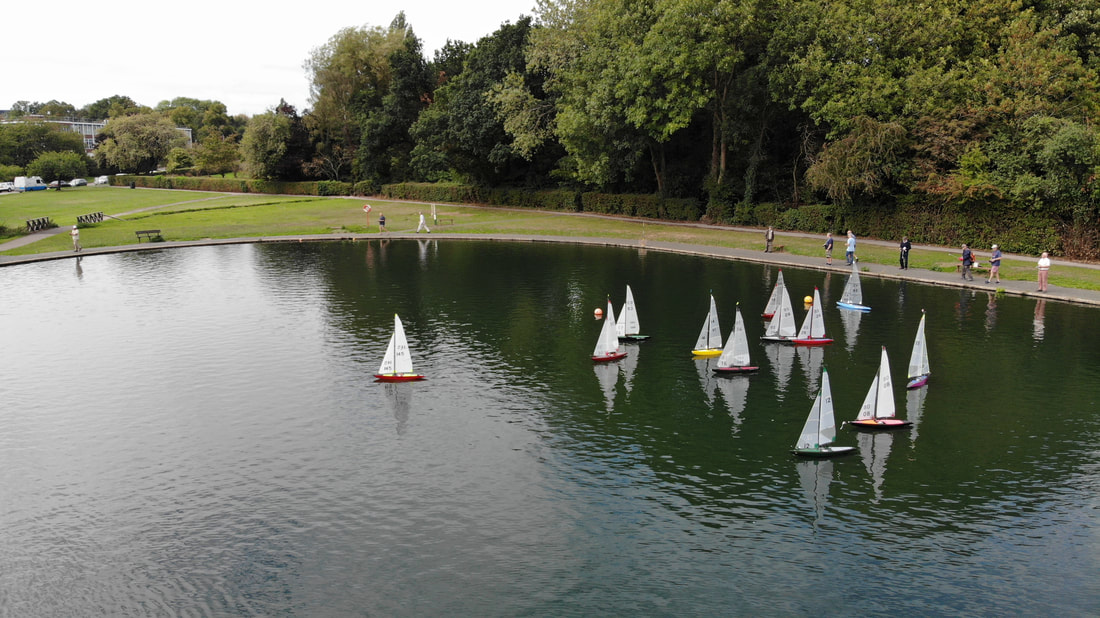